Posted on December 28, 2013 by chrisryanwrites

As the year ends, I am reviewing past blogs, offering some of what I consider my most efficient, both to give these a second chance at and audience, and to focus my efforts for 2014. I hope you enjoy them. Please let me know if this works for you as a year end exercise.

I am starting a series of blogs recounting lessons I’ve learned from big time writers. Since the mega-blockbuster film “Marvel’s The Avengers” returns to theaters this weekend to end the summer like we began it, I am going to start with Stan Lee, the co-creator, with Jack Kirby, of The Avengers, Iron Man, Thor, Spider-Man, the Fantastic Four, the X-Men, and so many more that he should be considered on par with Walt Disney himself.

I interviewed Stan the Man when I was just 15 years old, in the mid 1970’s. I was part of my high school lit magazine and the supervising teacher decided he wanted to do an issue without drippy teen heartbreak poems. Instead he wanted to create a magazine about New York; everything had to be linked to New York. When I suggested that the most creative guy in New York City was Stan Lee, the teacher smiled. “But how are you going to interview him?” I said I would just call him. The teacher chuckled and dared me to do it.

So I did. I got the number for Marvel Comics, called and asked for “Stan Lee, please.” I got his secretary instead, and she could tell immediately that I was just a kid. But she didn’t hang up. She was great, pleasantly explaining that Stan was busy at the moment, and asking when my deadline was. “In three months,” I said. She laughed, “Well, you’ve got me there, haven’t you? Let’s see if I can pencil you in.”

To my surprise, and the teacher’s shock, she gave me an appointment. On that date, I called, my five questions laid out before me. And Stan Lee actually got on the phone!

Here’s lesson number one from The Man: never let yourself get too big, too self-important. Here was a writer, creator, editor, publisher at the height of his power, in the midst of changing an entire creative genre, and he did an interview with a teenager for a school magazine. Smallest possible audience imaginable, and he made time for me. How can we as writers do less?

Even more impressive, Stan Lee did that interview in full Stan Lee mode. He was energetic and positive, gracious and lively – for a fifteen year old. Over the years I have seen dozens of interviews with Stan, and have seen him at comic cons. You know what? He delivers every time with that same positive energy and lively grace.

And that’s lesson number two: give it your all, every single time, no matter the pay off. His generosity has stayed with me all these years, and I have modeled my public behavior after his obvious love for what he is doing.

If you truly want to be a successful writer, or, honestly, a successful anything, Stan Lee’s example is worth following.

Christopher Ryan is author of City of Woe, available on Kindle and Nook, and in print. For more info, click here.</em 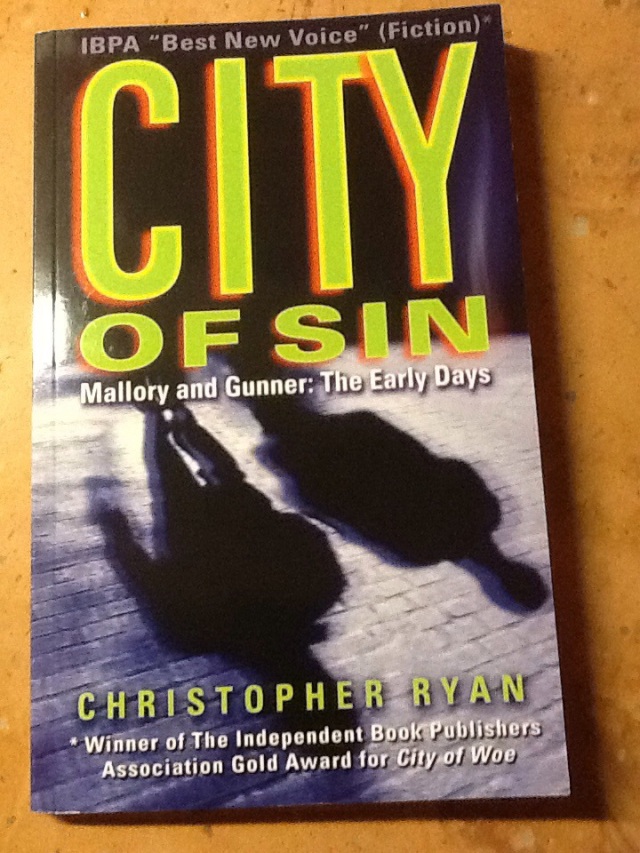 I do my best to tell fast-paced stories with humor and heart. My fiction work is available on amazon.com. Here, I’ll write about the sources for those stories from what I read, watch, listen to, and observe to my experiences as a former award-winning journalist, high school teacher, actor, and producer.
View all posts by chrisryanwrites →
This entry was posted in America, comics, digital publishing, ebook publishing, education, fiction, film, independent publishing, pop culture, self-publishing, Uncategorized, writing and tagged #bestof2013, #blogs, #Marvel, #StanLee, writing. Bookmark the permalink.

2 Responses to My best blogs – Learning from Stan Lee