150 Words on The Daily Show: an Oral History

Jon Stewart changed television, and possibly the country, with his 16 years on The Daily Show. Love him or hate him, his impact persists. And this engaging book demonstrates why.

Retold almost entirely in quotes from the participants, the book chronicles the program from just prior to Stewart’s arrival to a bit after his final show, and in the telling reveals Stewart as a mensch who was dedicated to the honesty of the performances, recruiting the highest caliber talents available onscreen and off, and, most importantly, challenging all (including himself) to engage in the national discussion. Each of these have had lasting impact, with the first two creating a legacy of voices, some still on the show, others (Stephen Colbert, John Oliver, Samantha Bee, and many others) who are still challenging authority, and the latter arguably expressing itself in among the largest demonstrations in American history. 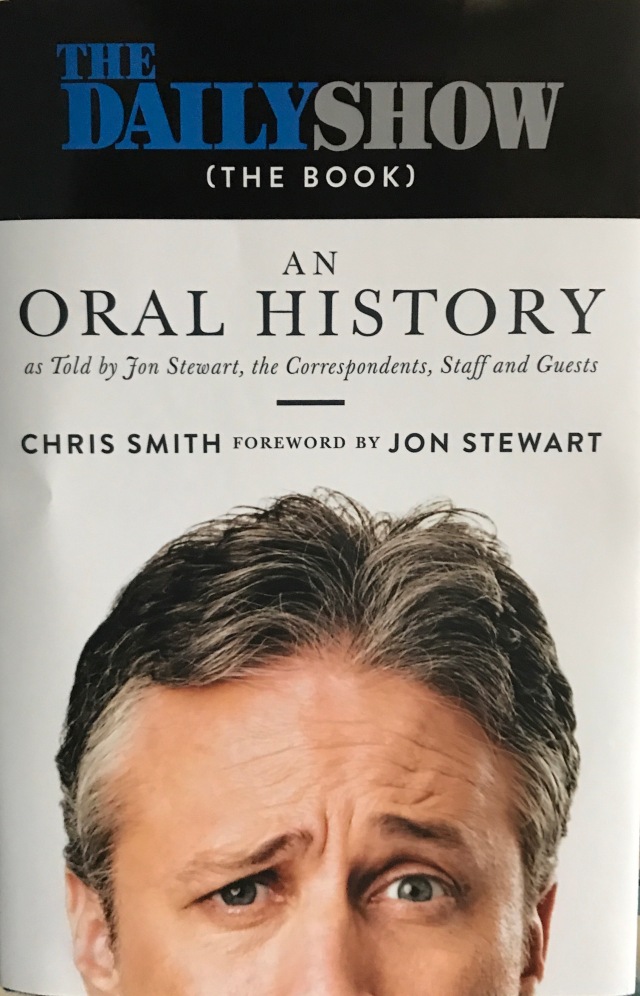 My name is Christopher Ryan. I am a former award-winning journalist turned high school teacher, and I have written since reading S.E. Hinton's THE OUTSIDERS when I was in elementary school. I have independently published an award-winning debut novel, CITY OF WOE, plus the prequel short story collection CITY OF SIN, the sequel novel CITY OF PAIN, a high school thriller novel GENIUS HIGH, and several high adventure novelettes for the Rapid Reads series featuring Alex Simmons' African-American adventurer BLACKJACK All are available via amazon.com, as is my children's book, THE FERGUSON FILES - THE MYSTERY SPOT. Additionally, I was nominated for a supporting actor award for my work in the multiple award-winning independent film, CLANDESTINE, from Feenix Films. I blog about writing, life, pop culture, the journey of learning to promote my independently published work, my efforts to secure a traditional publishing contract, and my career as a teacher.
View all posts by chrisryanwrites →
This entry was posted in #POTUS, America, politics, pop culture, writing and tagged #ComedyChannel, #JonStewart, #satire, #StephenColbert, #television, #TheDailyShow. Bookmark the permalink.