Avengers: Age of Ultron – How Much Speculation is Too Much

So we have about a month to wait until Avengers: Age of Ultron gets to the screen. For many of us, this is the most highly anticipated film of the year, so we have been susceptible to fan sites and movie news pages and online columnists who have been writing about it incessantly. If we’re honest with ourselves, most has been speculation.

But how much guessing, assuming, wish-fulfilling, and gossip from “inside sources” is too much?

I think we can safely say we are there, or at least very close, on this film. Who dies? Who doesn’t? What surprises can be made less surprising? Which minutia can be studied as closely as possible cures for cancer? We’ve seen all of this over the last several months.

Allow me to explain. I have this brother who was nicknamed Soupy when we were kids (after Soupy Sales), and when we came of movie going age, he had an occasional tendency to spoil endings and story surprises and plot twists through sheer enthusiasm for sharing what he knew about pop culture. Legend has it that he spoke loudly about the end of Jaws as he exited the theater, and did the same with the parental plot twist in Star Wars: The Empire Strikes Back, infuriating people lined up to see the next showing.

And I probably just Soupied a few of you. Mea culpa, mea culpa.

Hard to resist,  I admit. Every one of those questions are intriguing and fun and fire me up, but also raise three concerns for me:

1) Are we building up expectations for this film to such a ridiculous degree that they cannot possibly be met, thereby ruining a potentially great MCU experience?

2) Are we actually right about some of these speculations and spoiling the movie for ourselves?

3) Are we creating so many questions to answer during the film that we will be checking off answers instead of immersing ourselves in the story/film experience?

These are basically variations on the same concern: are ruining Avengers: Age of Ultron?

I am not talking box office because I think it will do very well globally, hopefully exceeding the first film.

I am talking about allowing the magic to happen, experiencing the spell, living the adventure. Will we be too mired in what we’ve read and discussed endlessly to sit back, munch the popcorn, and be amazed?

I have faith in Joss Whedon’s abilities as a spell caster, and am so predisposed to enjoy this film it would take a lot for me not to be thrilled and go multiple times. But I admit to being such a fan that I am concerned about tripping myself up.

So I am going to avoid any further discussion or articles or speculation about this film for the remaining days.

Well, I am going to try.

Who am I kidding? Even this blog undermines my efforts, so I may be Soupifying myself with each tap of the keyboard here.

I can’t resist. Let me know what you think. Have we been Soupied? Is there such a thing as too much prefilm speculation? 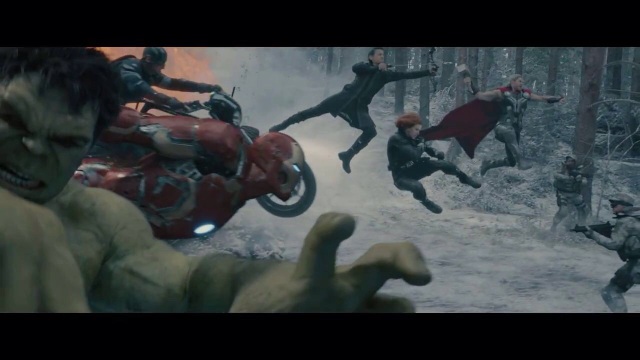 My name is Christopher Ryan. I am a former award-winning journalist turned high school teacher, and I have written since reading S.E. Hinton's THE OUTSIDERS when I was in elementary school. I have independently published an award-winning debut novel, CITY OF WOE, plus the prequel short story collection CITY OF SIN, the sequel novel CITY OF PAIN, a high school thriller novel GENIUS HIGH, and several high adventure novelettes for the Rapid Reads series featuring Alex Simmons' African-American adventurer BLACKJACK All are available via amazon.com, as is my children's book, THE FERGUSON FILES - THE MYSTERY SPOT. Additionally, I was nominated for a supporting actor award for my work in the multiple award-winning independent film, CLANDESTINE, from Feenix Films. I blog about writing, life, pop culture, the journey of learning to promote my independently published work, my efforts to secure a traditional publishing contract, and my career as a teacher.
View all posts by chrisryanwrites →
This entry was posted in America, comics, fiction, film, pop culture, super-heroes, Uncategorized and tagged #A:AOU, #Avengers, #AvengersAgeofUltron, #BlackPanther, #BlackWidow, #CaptainAmerica, #CaptainMarvel, #Hawkeye, #Hulk, #IronMan, #JossWhedon, #Marvel, #MCU, #movienews, #Spider-Man, #Thor, #Ultron. Bookmark the permalink.