Posted on April 9, 2015 by chrisryanwrites

While browsing stores with the goddess recently, I came across the item featured in photos below. Although I do not want to spread unfounded gossip or create wild rumors, the contents of what I found were intriguing enough to share.

Pictured above, we see a wide view of this Avengers Playset which is on sale in the Disney store under an “Avengers: Age of Ultron” sign. Pretty cool. 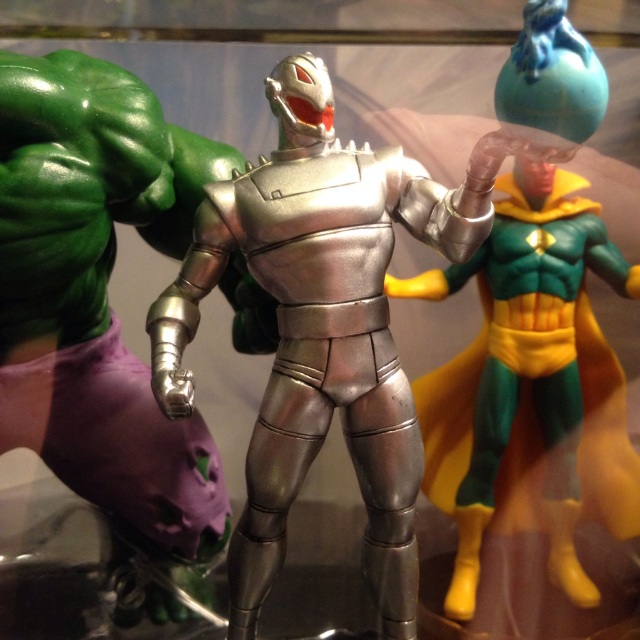 ﻿And, as we can clearly see, Ultron is the featured villain. Okay, the only villain. 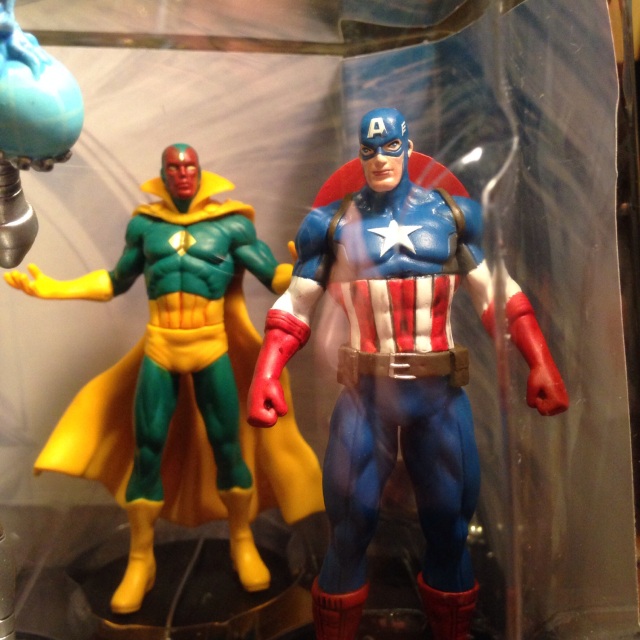 We also see The Vision, which, as far as I know, is the first time this fan favorite has been included in a kid’s playset.

The side illustration features the line up from the first movie….

… although the logo includes the word “Iniative” which might be all the explanation we need (but the timing of this collection’s placement in stores seems timed for the film). So, here’s the intriguing part…

… Captain Marvel is included in the playset.

So my questions are obvious:

Is this just a coincidence?

Is this an older toy pack with a surprisingly fitting line-up that is just being re-marketed?

Or does this suggest something we didn’t know about the widely anticipated film set to knock us out very soon?

Comments, insights, and explanations are welcome.

My name is Christopher Ryan. I am a former award-winning journalist turned high school teacher, and I have written since reading S.E. Hinton's THE OUTSIDERS when I was in elementary school. I have independently published an award-winning debut novel, CITY OF WOE, plus the prequel short story collection CITY OF SIN, the sequel novel CITY OF PAIN, a high school thriller novel GENIUS HIGH, and several high adventure novelettes for the Rapid Reads series featuring Alex Simmons' African-American adventurer BLACKJACK All are available via amazon.com, as is my children's book, THE FERGUSON FILES - THE MYSTERY SPOT. Additionally, I was nominated for a supporting actor award for my work in the multiple award-winning independent film, CLANDESTINE, from Feenix Films. I blog about writing, life, pop culture, the journey of learning to promote my independently published work, my efforts to secure a traditional publishing contract, and my career as a teacher.
View all posts by chrisryanwrites →
This entry was posted in America, comics, fiction, film, Marvel, Marvel Cinematic Universe, pop culture, super-heroes and tagged #Avengers, #Avengers: Age of Ultron, #CaptainMarvel, #comics, #Disney, #film, #Marvel, #MCU, #movies, #popculture. Bookmark the permalink.