About City of Woe

Independent entertainment company Seamus and Nunzio Productions, LLC  presents City of Woe (Mallory and Gunner Series), available on Kindle and in print at Amazon and on Nook at BarnesandNoble.com. 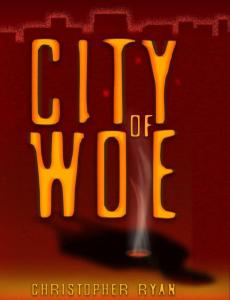 A suspenseful crime thriller that touches upon elements of the supernatural, this is the debut novel from author and Hackensack High School English teacher Christopher Ryan.

The novel concerns Paul Farrington – a veteran fixer for a shady corporation – who is targeted for murder just as he’s trying to finance his daughter’s Ivy League education. How far will he go to provide for his family and keep them safe?

Meanwhile, Detectives Frank Mallory and Alberto “Gunner” Gennaro are forced to play catch up with a killer – possibly a demon – who leaves evidence at each meticulously detailed murder scene that pay homage to Dante’s classic “The Inferno.”

How are these stories intertwined? Two journeys unfold  throughout the 327-page novel that reveals connections between the detectives and Farrington, dripping with inspiration from the author’s first-hand knowledge of the NYPD, literary classics, and rock and roll.